The Wolf of Oren-Yaro by K. S. Villoso

I had been hearing about The Wolf of Oren-yaro for ages thanks to the wonderful folks at The Fantasy Inn, so this book was high on my list of most anticipated reads for 2020. My expectations for this book were sky high, and they were absolutely met. Combining a grim story with high stakes, political intrigue, a healthy dose of deception and betrayal, and a dash of amazing humour, The Wolf of Oren-yaro is likely to make my all-time favourite fantasy list. 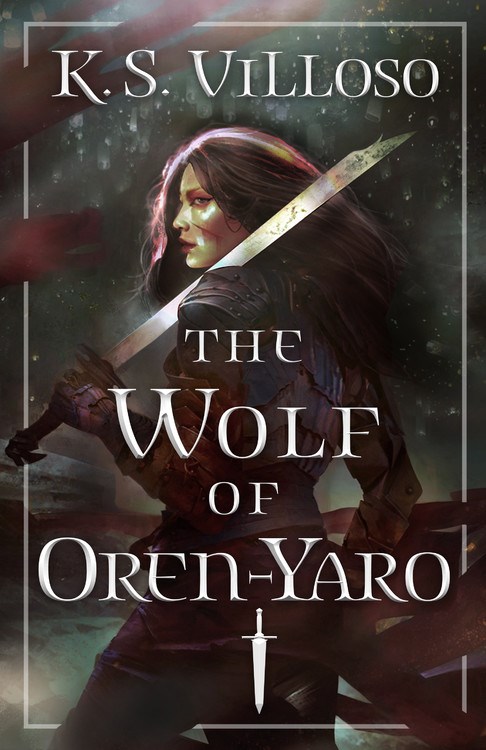 “I murdered a man and made my husband leave the night before they crowned me.”

Born under the crumbling towers of Oren-yaro, Queen Talyien was the shining jewel and legacy of the bloody War of the Wolves that nearly tore her nation apart. Her upcoming marriage to the son of her father’s rival heralds peaceful days to come.

But his sudden departure before their reign begins fractures the kingdom beyond repair.

Years later, Talyien receives a message, urging her to attend a meeting across the sea. It’s meant to be an effort at reconciliation, but an assassination attempt leaves the queen stranded and desperate to survive in a dangerous land. With no idea who she can trust, she’s on her own as she struggles to fight her way home.

I will admit that I found this book a little slow to start. There’s a huge amount of background information that needed to be established before the plot could really kick into gear. I picked up and put down The Wolf of Oren-Yaro a few times before it finally stuck, but I was totally absorbed once it clicked with my brain.  I adored the world, the clashing cultures, the food and clothes, and the intricate politics Villoso injects into her novel. She does such a fantastic job of seamlessly weaving these elements, as well as all of the history and political machinations, into the story and you don’t feel like you’re being overloaded with information. At times it truly feels like you could be reading historical fiction.

This book really shines with its incredible characters. Talyien — our only POV character — is a wonderfully complex woman. She’s one of those ‘difficult women’ that I think will either really appeal with readers or just wont be for everyone. I personally love an anti-heroine and Talyien is basically my perfect fantasy character. She’s incredibly prickly, proud, often short-sighted, and full of rage, but she has a deep compassion for her family and her people. She’s also a mother, which I completely adore because you just don’t see mothers as heroines in fantasy enough (mothers in fantasy are either uptight matrons ruining everyone’s fun, so far in the background that they’re basically non-existent, or dead). Her role as a mother and her affection for her son and family adds such a wonderful layer to her character that helps create a fantastic balance between the ‘Bitch Queen’ that others see her as and the woman she is in reality.

There are a host of wonderful secondary characters in this book as well, most notably Khine, who I suspect will be a fan favouite (and is a Justine favourite too!). I adored the lovable con artist and his humour and character balanced Talyien out so well — he made her feel human. I don’t want to say too much about him or other characters from the book, but there’s a whole host of well fleshed out, multidimensional secondary characters who are just wonderful to read about and fill out the story so well.

In case you can’t tell, I adored The Wolf of Oren-yaro. A fantastic and fast-paced fantasy novel, it will sink its hooks into you. I absolutely cannot wait to read the rest of the trilogy!

Want to try The Wolf of Oren-yaro for yourself? You can find it at the following sites (affiliate links):

Have you read The Wolf of Oren-yaro? What did you think? Is it in your TBR? Let me know!

2 thoughts on “Book Review: The Wolf of Oren-Yaro by K. S. Villoso”