It’s once again time for some mini reviews! In October I read a ton of crime fiction, and Agatha Christie is naturally part of that list. The ABC Murders and Murder in Mesopotamia are both good books, but not my favourites from her backlist. Check out my thoughts on these two Hercule Poirot books below! 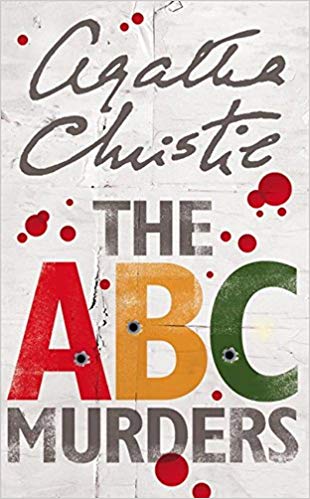 There’s a serial killer on the loose. His macabre calling card is to leave the ABC Railway guide beside each victim’s body. But if A is for Alice Asher, bludgeoned to death in Andover; and B is for Betty Bernard, strangled with her belt on the beach at Bexhill; then who will Victim C be?

In many ways, The ABC Murders is a quintessential Poirot story. I enjoyed the mystery itself — what criminal thinks it’s a good idea to taunt Poirot? — and really enjoyed everything until the very end. For me, this was probably the most far fetched solution that I’ve ever read. The reason I love Christie’s books is that the puzzle is so clever and plausible, but this one was just clever. Is there a chance this could happen in real life? Probably not. I liked this book, but I didn’t end up loving it.

Something sinister was going on at the Hassanieh dig, something associated with Louise, the archaeologist’s wife. Poirot was due to visit the site, but with Louise suffering from hallucinations and unbearable tension in the group, he might just be too late.

This book is interesting because it doesn’t follow the pattern I’ve come to associate with Christie’s mysteries. A body is discovered within the first chapter or so, Poirot arrives and investigates, then he solves the crime. In Murder in Mesopotamia, the murder occurs about 100 pages into the book and it takes even longer for Poirot to show up. I really enjoyed the plot, the mystery, and the solution! However, this book had some pacing issues and really shows its age. It’s pretty alarmingly racist, as well as sexist. If those are things you tend to avoid, you may want to choose a different Christie novel to read.

That’s it for these mini reviews! Have you read these books? Are you a fan of Agatha Christie’s novels too? Let me know!