Happy Friday! This month has been a bit wild so far, but at least I’ve had plenty of time for reading! I’ve been so busy these days. I’m ramping up my Bookstagram activity, filming videos like crazy, watching ungodly amounts of RuPaul’s Drag Race, and have been making progress on my most anticipated book of the year.

Basically, I’m ready for a nap.

Nothing this week so far. See below.

Books I am currently reading 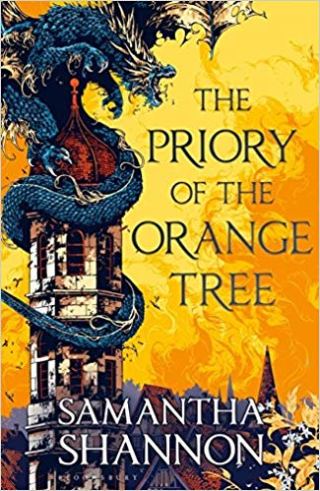 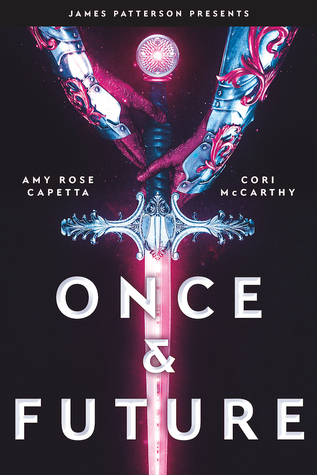 Priory of the Orange Tree by Samantha Shannon

Once and Future by Amy Rose Capetta and Cory McCarthy

I was hoping to have Priory done by now, but I’m closing in on the last 300 pages! Priory has been my main focus because I ended up buying the Kindle edition so I could actually read it on the bus — what a difference that has made. I’m really loving it, but it’s not the absolute perfection I was expecting. Regardless, it’s a thumping good read and one of the best reading experiences I’ve had in ages.

I had started Once and Future, thinking I could read it and Priory side by side, but no. I’m going to pick this back up when I’m done!

Do You Dream of Terra-Two? by Temi Oh

Song of Sorrow by Melinda Salisbury

The Assassin’s Guide to Love and Treason by Virginia Boecker

Listen. I tripped and fell and bought a ton of books again. I went to Mel’s Song of Sorrow launch last weekend with Asha and Judith, and we went to Foyles. What did you expect — for me to not buy anything? Come on.

I also finished up Truthwitch earlier this month and loved it so much I bought the rest of the series in hardback to match my copy of Bloodwitch from the publisher. Worth it.

I HAVE TWO PACKAGES WAITING FOR ME AT THE POST OFFICE AND IT’S KILLING ME. I can’t pick them up until tomorrow. I am not 100% sure what they are, but I have a good idea. if they’re what I’m thinking, I’m beyond excited!

Children of Ruin by Adrian Tchaikovsky

Holy crap, I got approved for Children of Ruin! Children of Time was one of my best books of 2018, and I was very against the idea of a sequel. However, I’ve been coming around to the idea that maybe a sequel isn’t such a bad thing, mostly because it’s an excuse to dive back into this universe. I’m really looking forward to reading this!

That’s it for me! What have you been up to this week? Have you read anything good? Picked up any new books? Let me know!