I’ll Be Gone in the Dark by Michelle McNamara

Years after his crime spree, the Golden State Killer/East Area Rapist doesn’t have the same infamy as murderers like Jack the Ripper or the Zodiac killer, but for one woman, his capture became an obsession. The Golden State Killer terrorised California residents across the 70’s and 80’s, committing over 50 rapes and at least 10 murders across the state. True crime writer Michelle McNamara dedicated her life to finding this man’s identity and seeing him behind bars. Although she did not live to see his capture in 2018 — she sadly passed away in 2016 — she was instrumental in keeping these heinous crimes in the public consciousness, and I firmly believe her work led to the capture of his man. 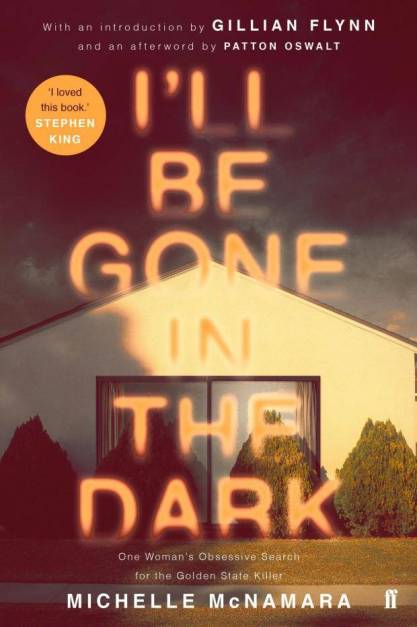 A masterful true crime account of the Golden State Killer – the elusive serial rapist turned murderer who terrorised California for over a decade – from Michelle McNamara, the gifted journalist who died tragically while investigating the case.

‘You’ll be silent forever, and I’ll be gone in the dark.’

For more than ten years, a mysterious and violent predator committed fifty sexual assaults in Northern California before moving south, where he perpetrated ten sadistic murders. Then he disappeared, eluding capture by multiple police forces and some of the best detectives in the area.

Three decades later, Michelle McNamara, a true crime journalist who created the popular website TrueCrimeDiary.com, was determined to find the violent psychopath she called the Golden State Killer. Michelle pored over police reports, interviewed victims, and embedded herself in the online communities that were as obsessed with the case as she was.

I’ll Be Gone in the Dark – the masterpiece McNamara was writing at the time of her sudden death – offers an atmospheric snapshot of a moment in American history and a chilling account of a criminal mastermind and the wreckage he left behind. It is also a portrait of a woman’s obsession and her unflagging pursuit of the truth. Framed by an introduction by Gillian Flynn and an afterword by her husband, Patton Oswalt, the book was completed by Michelle’s lead researcher and a close colleague. Utterly original and compelling, it is destined to become a true crime classic – and may at last unmask the Golden State Killer.

I’ll Be Gone in the Dark was about half written at the time of McNamara’s death, but her friends and fellow researchers helped complete and publish the book. A number of these chapters were pieced together from the notes that she left behind, and I found the writing was pretty seamless in these parts. McNamara had a knack for an incredibly readable and tense writing style that makes this non-fiction book read like a fast-paced novel.

I’ll Be Gone in the Dark is incredibly compelling, atmospheric, and gripping. McNamara doesn’t sugar coat the horrible details of these crimes, however she doesn’t glorify what the victims went through in the way some true crime writers and media tend to. You never, ever sympathise with the killer and you never want more from him than his identity. In a time of true crime podcasts, Netflix documentaries, and a growing acceptance of interest in true crime in general, I’ve found that more and more media tries to cast these killers as more than just the horrific human beings they are (i.e. that Ted Bundy documentary on Netflix). For me, the fact that McNamara does not glorify this killer, paint him as a sympathetic character, or feel anything other than seething hatred toward this man is really what makes this such a high-quality investigation.

I highly recommend the audiobook as a way to read this book — the narrator does a fantastic job and the book is written in such a way that just works so well for audio, particularly if you’re addicted to true crime podcasts like me. However I will warn that the audiobook might scare the ever-loving crap out of you — I had a strict ‘no listening after 7pm’ rule because it genuinely disturbed me that much.

This book is a must-read for any true crime fan and would be a great place to start if you want to start reading in this genre. It will infuriate and terrify you, but ultimately McNamara’s passion and anger will inspire you.

As a quick note — you wont learn anything about his capture in this book. The Golden State Killer was caught only month or two after I’ll Be Gone in the Dark came out. I would imagine that there will be an additional chapter in later editions of this book detailing his capture, however you’re not going to find out anything about it in the book. I’d highly recommend reading up on his capture after you finish I’ll Be Gone in the Dark, as it is so satisfying to know that this man is now behind bars.

Want to give I’ll Be Gone in the Dark a try? You can find it at the following sites (affiliate links):

Have you read I’ll Be Gone in the Dark? What did you think? Are you a true crime fanatic? Let me know!

3 thoughts on “Book Review: I’ll Be Gone in the Dark by Michelle McNamara”