I always say how much I love historical fiction, yet I don’t read it nearly as much as other genres. When I heard about Kate Atkinson’s Transcription, it sounded like the exact kind of book I’d like to read. It was my first book by Atkinson and I’ll definitely be picking up more from her. 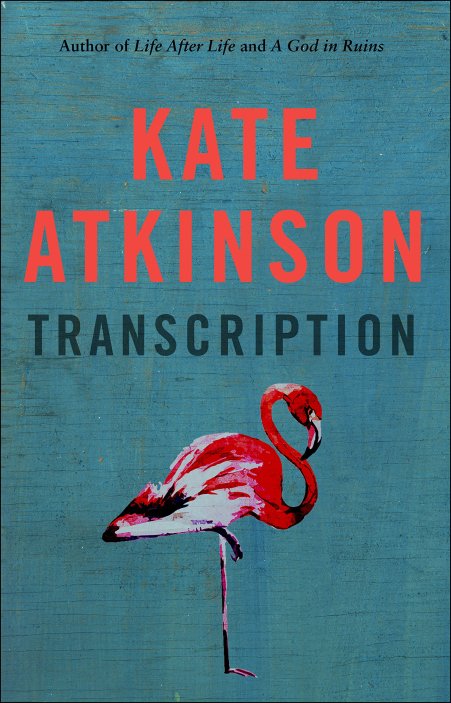 In 1940, eighteen-year old Juliet Armstrong is reluctantly recruited into the world of espionage. Sent to an obscure department of MI5 tasked with monitoring the comings and goings of British Fascist sympathisers, she discovers the work to be by turns both tedious and terrifying. But after the war has ended, she presumes the events of those years have been relegated to the past for ever.

Ten years later, now a producer at the BBC, Juliet is unexpectedly confronted by figures from her past. A different war is being fought now, on a different battleground, but Juliet finds herself once more under threat. A bill of reckoning is due, and she finally begins to realize that there is no action without consequence.

Transcription is a work of rare depth and texture, a bravura modern novel of extraordinary power, wit and empathy. It is a triumphant work of fiction from one of this country’s most exceptional writers.

This book is split into three timelines that all follow Juliet’s life — the 1980’s, the 1950’s, and the 1940’s. The majority of the story flips back and forth between Juliet’s time working for MI5 during the war and her time working at the BBC in the 50’s. The interesting thing is that the timelines don’t flip back and forth between chapters, rather you get about 150-page chunks of the story at a time. This worked most effectively for the story, however you’d really sink into the story and would suddenly be pulled out. The effect was a bit jarring, however I can’t think of another way to tell this story effectively. However, the book was incredibly fast-paced and exciting once it got going, and I was totally gripped. Atkinson creates this incredible underlying sense of tension and paranoia that builds as the book progresses.

Like any book with multiple points of view or timelines, there’s always going to be at least one storyline that is much more interesting than the others. For me, the 1940’s timeline was easily the best part of the book. In fact, her time at the BBC made for a slow start to the story, however it really picked up and got exciting as the story progressed. Juliet’s characterisation really makes this whole book work.  She is such an interesting character, particularly because she doesn’t really fit our image of women at the time — she’s a bit odd, a bit of a dreamer, and longs for adventure. However she’s incredibly competent during the war and seeing her change as she grows older — particularly as her paranoia grows — creates so much a riveting story.

Transcription is a fast-paced, plot-driven novel that unfolds in countless, unexpected ways. I couldn’t recommend this book more highly to anyone interested in World War II historical fiction, as well as readers looking for a tense, thrilling plot. I own a copy of Life After Life, and it is definitely moving up to the top of my TBR.

Want to pick up a copy of Transcription? You can find it at the following sites (affiliate links):