I am not much of a contemporary YA reader, however I fell in love with the trailer for Dumplin’ on Netflix. I watched the film and absolutely adored it, so I naturally decided to read the book that it is based on. For me, this is one of those rare instances of the film adaptation being better than the book! 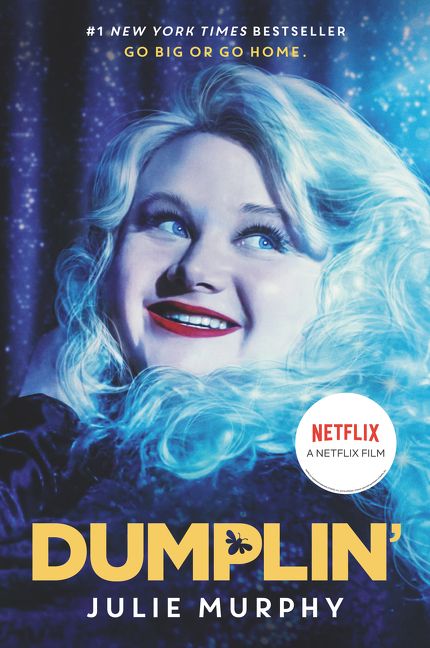 Self-proclaimed fat girl Willowdean Dickson (dubbed “Dumplin’” by her former beauty queen mom) has always been at home in her own skin. Her thoughts on having the ultimate bikini body? Put a bikini on your body. With her all-American beauty best friend, Ellen, by her side, things have always worked…until Will takes a job at Harpy’s, the local fast-food joint. There she meets Private School Bo, a hot former jock. Will isn’t surprised to find herself attracted to Bo. But she is surprised when he seems to like her back.

Instead of finding new heights of self-assurance in her relationship with Bo, Will starts to doubt herself. So she sets out to take back her confidence by doing the most horrifying thing she can imagine: entering the Miss Clover City beauty pageant—along with several other unlikely candidates—to show the world that she deserves to be up there as much as any twiggy girl does. Along the way, she’ll shock the hell out of Clover City—and maybe herself most of all.

This review is going to be full of comparisons to the film because it is so hard for me to not compare the two, especially as I saw the film before I picked up the book. There are aspects of each that I prefered, but overall I did prefer the film. One of the main reasons for this is the fact that the film has so little cattiness between contestants in the pageant — I’m sick of books and movies about teenage girls hating each other being being horrible. It felt so refreshing to see a story about teenage girls that doesn’t involve bitchiness. Catfighting and shaming does feature in the book — it isn’t hugely present and it did feel realistic, but I just didn’t enjoy it. Willowdean definitely struggles more with her relationships with other girls, particularly Ellen’s new friends, in the book and that’s one of the main focuses of the book. In fact, the book is more about Willowdean and her life and relationships than the pageant. I absolutely loved watching Willowdean and the girls prepare for the pageant, particularly when they get some help from her aunt’s friends, in the film and this was muhc more absent in the book. Although her life and relationships didn’t appeal to me as much, however I think these storylines will be perfect for the right reader.

Willowdean is a great character and such an important one for young readers. She’s interesting, sharp, and funny, but she also has her flaws and biases — she really grows as a character over the course of the story. I really loved the way she is captured both on the page and on screen, and I feel the book did a great job of capturing her relationships with the other characters. Her budding friendship and bonding with Millie, Amanda, and Hannah was so well done. Also, Bo was a much better character in the book than in the film. While I still don’t think their relationship is the most riveting, he’s much more interesting and present in the book. I still don’t think he’s necessarily worthy of Willowdean, but that’s okay.

Overall, I thought Dumplin’ was sweet, but contemporary YA just isn’t my usual genre of preference. There were parts that I really liked about the book, but I did prefer the film.

Want to try Dumplin’ for yourself? You can find it at the following sites (affiliate links):

Have you read Dumplin’? Have you seen the film? What did you think? Let me know!