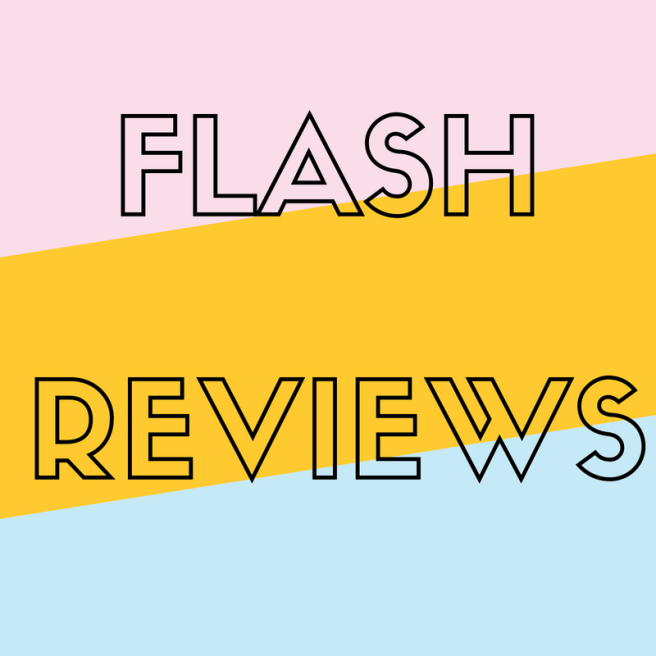 Occasionally, book bloggers come across a book that’s just too good to review.  How could we possibly put into words how much we loved this plot, those characters?  Can’t we just flail wildly instead?  I rarely struggle with reviewing books, but I’ve encountered two this past year that have just blown my mind.  So instead of a full review, here are two five-star flash reviews of books that are too good to review.  Honestly, they’ll probably just be me ranting about how great these two books are.  Seriously.  Apologies for the below rating systems. 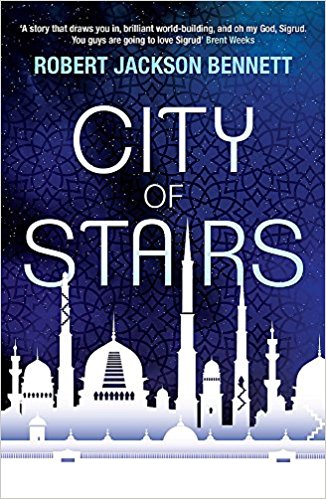 The city of Bulikov once wielded the powers of the gods to conquer the world, enslaving and brutalizing millions — until its divine protectors were killed. Now, Bulikov’s history has been censored and erased, its citizens subjugated. But the surreal landscape of the city itself, forever altered by the thousands of miracles its guardians once worked upon it, stands as a haunting reminder of its former supremacy.

Into this broken city steps Shara Thivani. Officially, the unassuming young woman is just another junior diplomat sent by Bulikov’s oppressors. Unofficially, she is one of her country’s most accomplished spies, dispatched — along with her terrifying “secretary”, Sigrud — to solve a murder.

But as Shara pursues the killer, she starts to suspect that the beings who ruled this terrible place may not be as dead as they seem, and that Bulikov’s cruel reign may not yet be over.

This is one of those books that I really wish I read sooner.  I’ve just finished reading the sequel, City of Blades, and have been pondering why I never read these books, despite not only knowing about them for years and knowing that they’ve been so well received. Why did I love this book so much?  Robert Jackson Bennett is not only one of the best world builders in the business, he writes some of the best female characters in fantasy.  Or in books of any genre.

The world that he creates is possibly one of the most unique and compelling I’ve ever read, and stands up as one of the best examples of non-European settings in fantasy.  The complex politics, the concept of the Blink, and the deep look at colonialism add such incredible depth to the narrative. But what I love most about City of Stairs is the fact that not only is half the cast female, but no one ever, ever, comments on a woman’s abilities because of her gender.  Every single woman in this book is incredibly capable, is just as complex (if not more) than their male counterparts, and is just so well written.  If I had to list my top five favourite characters in fantasy, Mulaghesh, Shara, and Sigrud take top spots.  And that’s saying a lot.

I cannot possibly tell you how much I loved this book — do yourself a favour and just read it.

Children of Time by Adrian Tchaikovsky 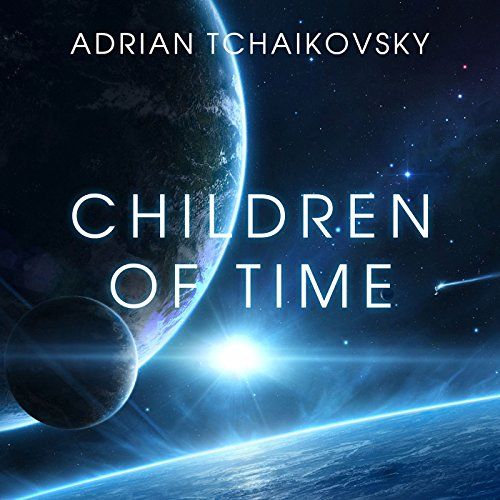 The last remnants of the human race left a dying Earth, desperate to find a new home among the stars. Following in the footsteps of their ancestors, they discover the greatest treasure of the past age – a world terraformed and prepared for human life.

But all is not right in this new Eden. In the long years since the planet was abandoned, the work of its architects has borne disastrous fruit. The planet is not waiting for them, pristine and unoccupied. New masters have turned it from a refuge into mankind’s worst nightmare.

Now two civilizations are on a collision course, both testing the boundaries of what they will do to survive. As the fate of humanity hangs in the balance, who are the true heirs of this new Earth?

I only started reading science fiction about four years ago, but the quality of books I’ve read in this genre is pretty high.  So believe me when I say Children of Time is one of the single best books I’ve ever read in any genre.  Ever. The incredible scope of this book is absolutely mind-blowing — I can’t imagine what Tchaikovsky’s notes looked like.

The best thing about this book is watching an entire civilization build itself up.  You start with a primitive hunter culture and watch them create agriculture, domesticate animals for food, establish a religion, and more.  Oh, and did I mention that this civilization is made up of motherfucking spiders?  I don’t think I’ve ever cared more for spiders in my entire life and by the end, I was rooting for them.  Spiders!  Who would have thought!

Of course, you have the classic ‘Earth is no longer habitable so mankind must seek out a new planet’ storyline.  But he spins this trope into something that feels so fresh and new.  I loved seeing life on the Gilgamesh, grim as it was, change over time.  The way the two storylines merge is just fantastic and I just cannot believe how amazing this book was.

Also, the audiobook narration for Children of Time is one of the best I’ve ever heard in my life.

There you have it!  Semi-coherent reviews of two of my favourite books of this year, if not of all time!  Have you read either of these books?  What did you think?  Let me know!

11 thoughts on “Flash Reviews: Books That Were Too Good to Review”