Happy Friday, everyone!  If you remember last week’s post, I was in a little bit of a slump.  I’m pleased to say that I’m slowly clawing my way out of that slump now!  I didn’t read a huge amount this week, but it’s better than last week’s whole lot of nothing.

The Outrun by Amy Liptrot

I read two books this week, which is great after nothing last week.  That brings my total for the month up to three.  Ugh.  Weirdly enough, they both take place in Orkney — this was not planned, but now I desperately want to go.

Blackbird was one of the proofs I picked up at YALC.  I was having so much trouble staying interested in any book until I saw a pal talk about this one on Twitter.  Blackbird was stuck in my head all day, and I pulled it off the shelf when I got home.  It was exactly what I needed!  Blackbird is about a girl named Oliva who goes missing.  The story is told from the point of view of her younger sister Alex, who absolutely worships Olivia.  A review will be up soon!

The second book I read was The Outrun by Amy Liptrot. It has been on my mind for awhile — I borrowed this book from my parents.  I don’t usually go in for memoirs, but there was something about this one that drew my eye.  I’m really enjoying it so far!  I really, really enjoyed it! 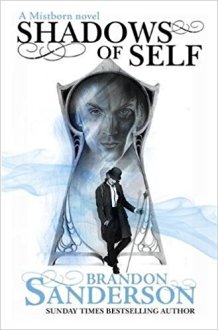 Shadows of Self by Brandon Sanderson

Siege and Storm by Leigh Bardugo

So, I’m reading a whole bunch of stuff right now.  Slumps are usually bookended with me reading four or five books at once.  At the beginning, I can’t get into anything – on the other end, I want to read everything under the sun!

Shadows of Self was on my September TBR because I want to finish the series before looping back to Mistborn: The Final Empire for my October bookclub read.  Invictus is the upcoming book by Ryan Graudin featuring time travel, thieves, and a precocious red panda.  I’ve not read any of her books before, but I’m mostly enjoying this one.

Finally, I bet you guys are sick of seeing Siege and Storm on here.  I am too.  I am going to give it one more shot before I DNF it.  Will I finish?  Who knows! 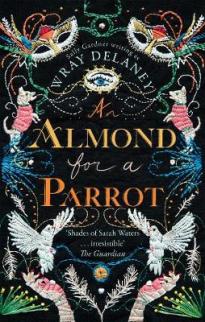 An Almond for a Parrot by Wray Delaney

I did a little book haul video featuring these titles, so I won’t say much.  I’m thinking I’ll blast through Matilda first, then move on to Autumn. 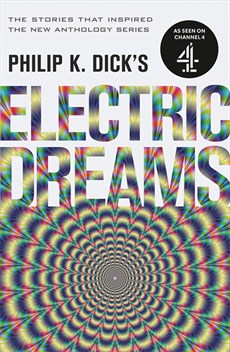 I’ve had some really exciting developments in terms of ARC’s that I can’t wait to share!  That means I’m going to buckle down and read through a bunch of ARC’s I currently have.  Electric Dreams by Philip K. Dick will probably be next, which means I can also watch the show on Channel 4!  Richard Madden meets sci-fi?  Yes please.  I also want to tackle The 13th Reality: The Journal of Curious Letters.  It will be my first book by James Dashner, who wrote the Maze Runner trilogy.  I’m incredibly excited to read The Girl in the Tower, however I want to wait until the weather turns a bit colder.  It’s all about atmosphere!

That’s it for this week!  I’m hoping things will pick up in terms of reading from here on out.  What have you read this week?  Have you read any of these books?  Are you fighting your way out of a slump?  Let me know!