Hi all!  I saw today’s Top Ten Tuesday theme and knew I had to participate.  Today I’m going to be talking about my favourite childhood series!  I’ve done a post on forgotten childhood favourites in the past, which you can see here, and I had so much fun going down memory lane.

Top Ten Tuesday is a weekly meme hosted by The Broke and the Bookish. 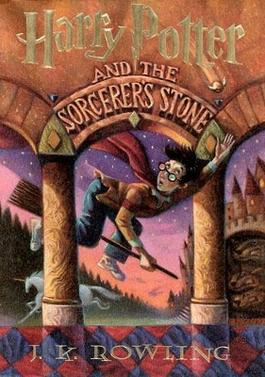 Obviously this was going to be on this list.  I was the perfect age when these books came out in the States – I was 11 when I picked up Sorcerer’s Stone.  These books impacted me in a huge way.  They didn’t turn me into a reader – I’ve been an avid reader since I was about 4 – but they did open up this whole new world of fantasy and frizzy haired girls who could be heroes.

The Song of the Lioness by Tamora Pierce

I would love to see a show of hands of the girls (and boys!) who read these books when they were little.  My local library had a whole bunch of Tamora Pierce’s novels, but I got these four out again and again.  Alana was so cool and so brave! And she had a cat, so obviously she was my hero.  I worry about rereading childhood favourites sometimes, but these are books I’d love to give another shot as an adult. 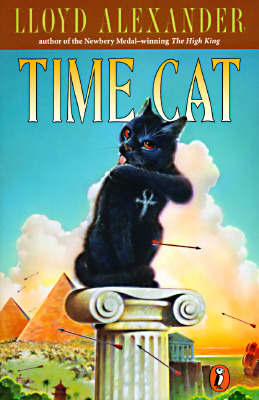 Some people probably know Lloyd Alexander’s Chronicles of Prydain books, which are completely amazing, but I opted to go with Time Cat instead.  First of all, look at the cover.  Second of all, it’s about a time travelling cat.  A time cat!  I remember so little about this book, but I know I absolutely loved it.  I doubt we still have my old copy, but I’d love to try to track it down and reread it.

The Phantom Tollbooth by Norton Juster 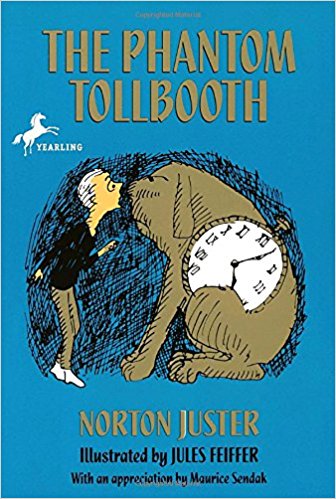 If you haven’t read The Phantom Tollbooth, walk away from your computer/tablet/phone and go to your local bookshop and get it.  It remains to this day one of the most incredible books I’ve ever read.  The puns!  The word play!  Hogwarts is not my home, Dictionopolis is (although Hogwarts will do in a pinch). 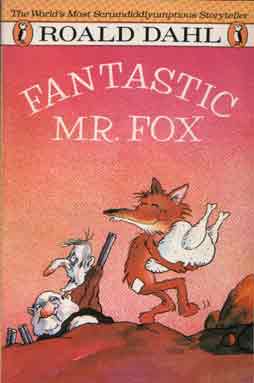 Really any Roald Dahl book could make it on this list.  I think I’ve read almost every single children’s book he ever wrote (except Matilda, don’t fight me!  I’m working on it).  Danny the Champion of the World and The Twits were close seconds for this list, but Fantastic Mr. Fox is just so goddamn delightful!  I read and reread and reread this book and giggled with joy every single time.  The fact that Roald Dahl apparently hated kids makes it all the more endearing to me for some reason.

The Velveteen Rabbit by Margery Williams 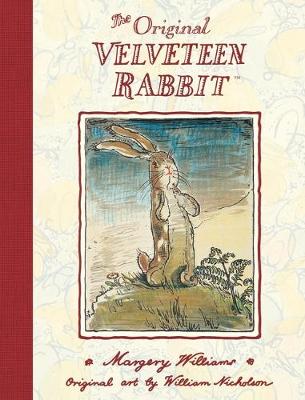 If you want a sure-fire way to make me cry, hand me a copy of The Velveteen Rabbit.  So this one is more for younger readers than anything else on this list, but I just couldn’t leave it off.  He just wants to be a real rabbit!  I’m going to start crying again…

The Chronicles of Crestomanci by Diana Wynne Jones 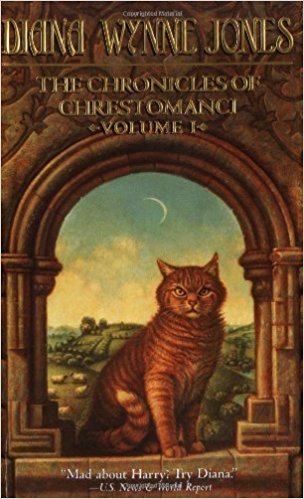 I never read Howl’s Moving Castle as a kid, but my best friend did lend me her very fat edition of The Chronicles of Chrestomanci.  I read this after I had read the first Harry Potter book and was desperate for more magic.  These books were absolute perfection and I highly encourage you to go back and read them, especially if you’re a Harry Potter fan. 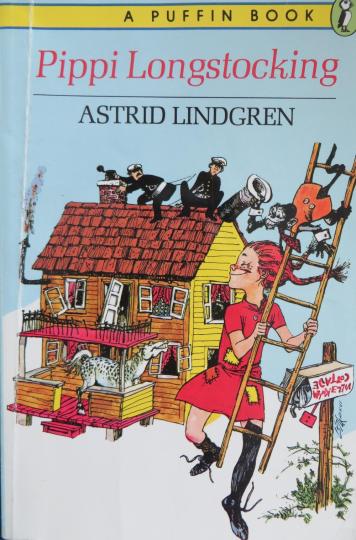 How cool was Pippi Longstocking?  She had her own house, buckets of gold, and a pet monkey named Mr. Nilsson.  Tommy and Anika got to go on so many awesome adventures with her and I was just so incredibly jealous.  These books aren’t necessarily politically correct today, but they were so fun to read as a kid.

Where the Sidewalk Ends by Shel Silverstein 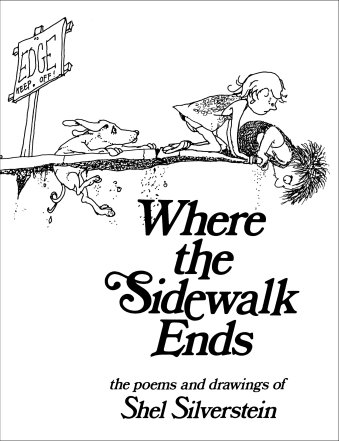 Any children’s poetry book by Silverstein is going to be fantastic, but I think this was the one I read the most.  The illustrations that went with it were amazing!  I reread this so often and it was probably pretty beaten up and sticky by the time I was finished with it. 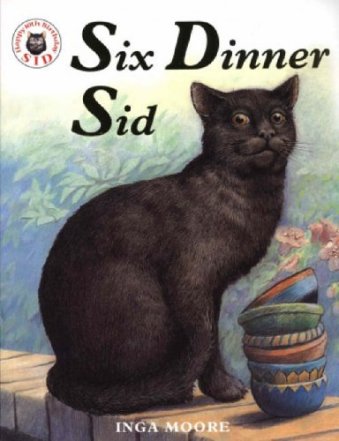 Last but certainly not least is Six Dinner Sid, also known as Justine’s Spirit Animal.  Sid is a cat who pretends to have multiple owners so he can get multiple dinners.  This is the most cat thing ever.  Unfortunately this means he also has to go to the vet six times.  The illustrations are amazing — his facial expressions are perfect and so cat-like. 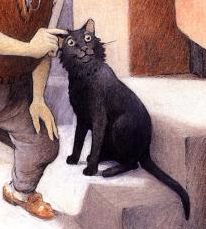 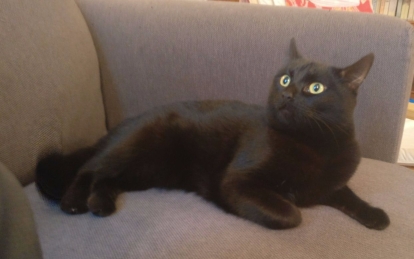 We clearly missed out on naming Dax – the resemblance is uncanny. 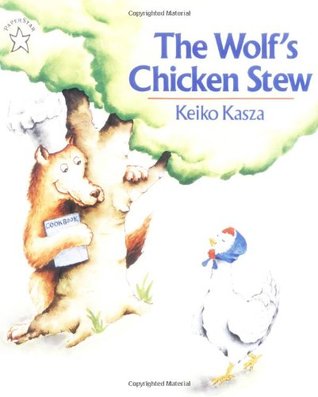 Okay, so this is number 11.  But I LOVED this book so much as a kid.  I did a little program in school where the fifth graders (me) would read their favourite book aloud to the first graders.  I read this book and let me tell you, every child in that room (including myself) was starving afterwards.  A wolf spots a chicken he wants to turn into stew, so he cooks her lots of desserts to fatten her up.  It turns out she was feeding all the desserts to her chicks, who love the wolf and think he’s the best.  He is the best!  I’d love anyone who made me that many pancakes.