I’ve been thinking about doing this for awhile.  Science fiction is such an incredibly rich genre, but it’s hard to figure out where to start!  Whether you’ve been a fan of sci-fi TV and movies or just curious to dip a toe into a new genre, I promise that there’s something out there for you!

The following is a list of science fiction books tailored to people who want to start reading sci-fi.  I’m not listing YA books here because honestly there are so many people out there who are far more knowledgeable about YA than me.

I want to start with the classics

Foundation or I, Robot by Isaac Asimov 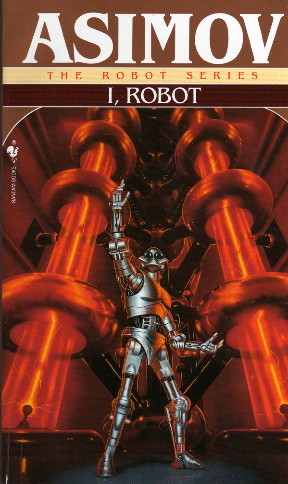 You can’t get much more classic than Asimov.  I’ve included two very different books here because it all depends on what you like.  There are other great early sci-fi writers, but I have only read a few and find some of their work a little problematic for a modern audience (ahem, Stranger in a Strange Land).

If you want a space opera (sprawling, epic stories that focus more on drama.  Think Star Wars), Foundation is a great place to start:

For twelve thousand years the Galactic Empire has ruled supreme. Now it is dying. But only Hari Seldon, creator of the revolutionary science of psychohistory, can see into the future — to a dark age of ignorance, barbarism, and warfare that will last thirty thousand years. To preserve knowledge and save mankind, Seldon gathers the best minds in the Empire — both scientists and scholars — and brings them to a bleak planet at the edge of the Galaxy to serve as a beacon of hope for a future generations. He calls his sanctuary the Foundation.

But soon the fledgling Foundation finds itself at the mercy of corrupt warlords rising in the wake of the receding Empire. Mankind’s last best hope is faced with an agonizing choice: submit to the barbarians and be overrun — or fight them and be destroyed.

Full of twists and turns, Foundation was written as a series of vignettes in the late 1940’s.  It’s incredible to look back and see just how much Asimov influenced modern science fiction in all its forms. Some people find him to be a bit dated and dull, but I didn’t think this was the case at all.  There are three books in the original trilogy, but Asimov went back and expanded the series later in life so you’ll have plenty of reading material.

If you’re more into the tech side of things, I, Robot is a great place to start:

The three laws of Robotics:

2) A robot must obey orders given to it by human beings except where such orders would conflict with the First Law.

3) A robot must protect its own existence as long as such protection does not conflict with the First or Second Law.

With these three, simple directives, Isaac Asimov changed our perception of robots forever when he formulated the laws governing their behavior. In I, Robot, Asimov chronicles the development of the robot through a series of interlinked stories: from its primitive origins in the present to its ultimate perfection in the not-so-distant future–a future in which humanity itself may be rendered obsolete.

If you’ve seen the movie, throw that out of your head before you start.  The film bears little resemblance to the book.  I, Robot features nine short stories that tie into the life and career of robopsychologist Susan Calvin.  It’s an absolutely brilliant read and incredibly accessible due to its short story format.

I want space action!  Things should be blowing up, characters should be in mortal peril, and the continued existence of mankind should be in jeopardy!  No one is safe!

The Expanse by James S. A. Corey 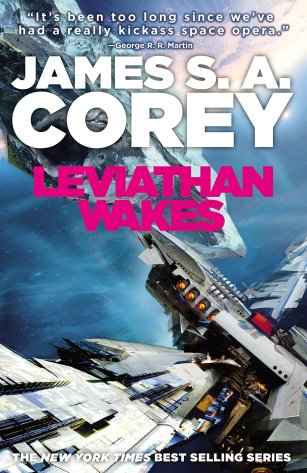 Maybe you’ve seen the (excellent) TV show.  Maybe you’ve heard about these books, but are find the length daunting.  Just stop right now and pick up these books:

Humanity has colonized the solar system – Mars, the Moon, the Asteroid Belt and beyond – but the stars are still out of our reach.

Jim Holden is XO of an ice miner making runs from the rings of Saturn to the mining stations of the Belt. When he and his crew stumble upon a derelict ship, the Scopuli, they find themselves in possession of a secret they never wanted. A secret that someone is willing to kill for – and kill on a scale unfathomable to Jim and his crew. War is brewing in the system unless he can find out who left the ship and why.

Detective Miller is looking for a girl. One girl in a system of billions, but her parents have money and money talks. When the trail leads him to the Scopuli and rebel sympathizer Holden, he realizes that this girl may be the key to everything.

Holden and Miller must thread the needle between the Earth government, the Outer Planet revolutionaries, and secretive corporations – and the odds are against them. But out in the Belt, the rules are different, and one small ship can change the fate of the universe.

The Expanse is more than just the book equivalent of a summer blockbuster.  While it is an incredibly fast and easy read, it still has a huge amount of depth.  It deals with xenophobia, political machinations, war, conspiracy, and yes, the potential downfall of mankind.  Now I’ll admit that I’ve only read the first two, but I plan to grab the rest of the series.  Do yourself a favor and do the same.

I’m more into romance than sci-fi

Hold Back the Stars by Katie Khan 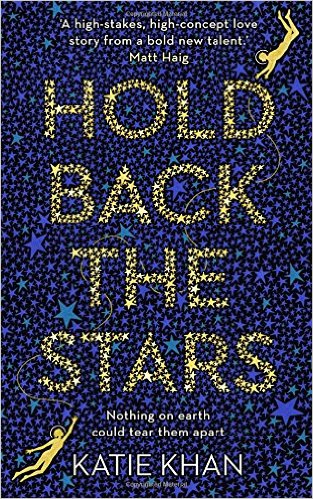 Hold Back the Stars is one of my favorite books of 2017 so far (you can read my ravings here), and with good reason.  Yes, it is a romance.   Yes it is a beautiful book.  But it is SO much more than that:

Trapped in the vast void of space, Carys and Max have only ninety minutes of oxygen left to live. None of this was supposed to happen. After a freak accident, Carys and Max are left adrift in space with nothing to hold onto but each other. As they fall, they can’t help but look back at the world they left behind. A world whose rules they couldn’t submit to, a place where they never really belonged; a home they’re determined to get back to because they’ve come too far to lose each other now. While their air ticks dangerously low, one is offered the chance of salvation—but who will take it?

This book has many moving parts that make up the fantastic story.  The US and Middle East have been destroyed, and Europe has become a utopia.  Two characters fall in love against the rules of society.  The writing style and story structure are so wonderfully refreshing.  I’m not ashamed to say I cried like a baby.

I’m not so keen on battles and action sequences.  I like long character arcs and development.

Becky Chambers is a new favorite author and both her books are just wonderful (you can see my review of The Long Way to a Small Angry Planet and A Closed and Common Orbit here).  I had never thought of sci-fi as being the perfect genre for ‘comfort reads’, but oh boy did she prove me wrong.  In addition to having the best book titles, she defies the expectations of action-heavy sci-fi:

Somewhere within our crowded sky, a crew of wormhole builders hops from planet to planet, on their way to the job of a lifetime. To the galaxy at large, humanity is a minor species, and one patched-up construction vessel is a mere speck on the starchart. This is an everyday sort of ship, just trying to get from here to there.

But all voyages leave their mark, and even the most ordinary of people have stories worth telling. A young Martian woman, hoping the vastness of space will put some distance between herself and the life she‘s left behind. An alien pilot, navigating life without her own kind. A pacifist captain, awaiting the return of a loved one at war.

Set against a backdrop of curious cultures and distant worlds, this episodic tale weaves together the adventures of nine eclectic characters, each on a journey of their own.

Although they’re loosely connected, I highly recommend you read The Long Way to a Small Angry Planet first.  It’s less of a straight narrative and more of a loose collection of vignettes and stories that happen during this year-long long haul journey.  It’s a beautiful story filled with a huge variety of cultures, is LGBTQ-friendly, and has enough science and technology to please any level of sci-fi reader.  It’s a hard book to explain, just do yourself a favor and read it.

Okay, I’m seriously a beginner.  Give me something a little closer to home with science that’s easy to understand

The Martian by Andy Weir

The Martian!  I think many people have seen, or at least heard of, the fantastic film starring Matt Damon.  It’s a great adaptation of a great book, but reading the book is well worth it:

Six days ago, astronaut Mark Watney became one of the first people to walk on Mars.

Now, he’s sure he’ll be the first person to die there.

After a dust storm nearly kills him and forces his crew to evacuate while thinking him dead, Mark finds himself stranded and completely alone with no way to even signal Earth that he’s alive — and even if he could get word out, his supplies would be gone long before a rescue could arrive.

Chances are, though, he won’t have time to starve to death. The damaged machinery, unforgiving environment, or plain-old “human error” are much more likely to kill him first.

But Mark isn’t ready to give up yet. Drawing on his ingenuity, his engineering skills — and a relentless, dogged refusal to quit — he steadfastly confronts one seemingly insurmountable obstacle after the next. Will his resourcefulness be enough to overcome the impossible odds against him.

The Martian is funny, tense, and incredibly accessible.  This was one of the first sci-fi books that really got me into the genre.  The science is definitely there, but I had absolutely no trouble understanding it.  The Martian is a great gateway into the science fiction genre and I highly recommend it.

There’s a whole bunch of other recommendations I have, but I think they’ll just make this post way too long!  Keep an eye out for part 2 coming sometime in the future.  Also, let me know if you want me to do more beginners guides!  I’ve read pretty much every genre under the sun, so give me a shout if you’d like more recommendations!

Have you read any of these books?  Do any of them take your fancy?  Let me know!

*All copy is courtesy of Goodreads

21 thoughts on “A Beginner’s Guide to Science Fiction: Part One”