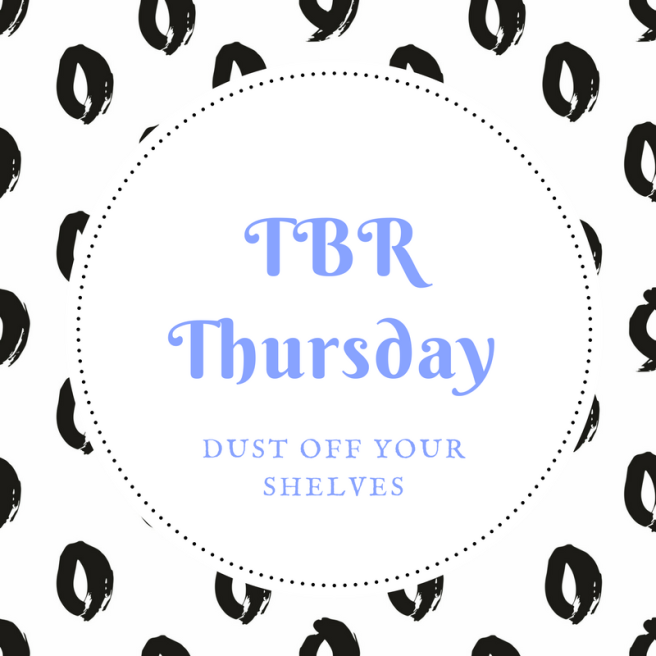 TBR Thursday is a weekly post hosted by yours truly.  If you’d like to participate in TBR Thursdays, please feel free!  Link me in your post so I can talk a look at what you’ve got on your shelves and so we can cry together about how we are never going to actually finish reading through our TBR piles.

TBR Thursday is going to become more and more important for me as the need to save some money grows! We are in the midst of some Exciting Life Things, so book buying is being curbed. I’m hoping to continue this semi-failing project of only reading what I’ve got in the flat. 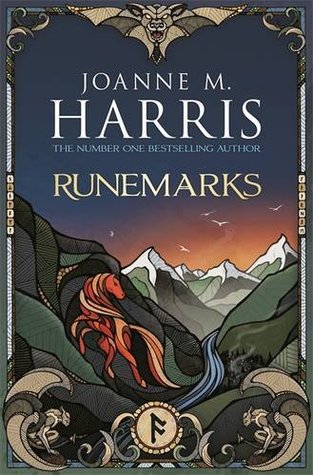 It’s been five hundred years since the end of the world and society has rebuilt itself anew. The old Norse gods are no longer revered. Their tales have been banned. Magic is outlawed, and a new religion – the Order – has taken its place.

In a remote valley in the north, fourteen-year-old Maddy Smith is shunned for the ruinmark on her hand – a sign associated with the Bad Old Days. But what the villagers don’t know is that Maddy has skills. According to One-Eye, the secretive Outlander who is Maddy’s only real friend, her ruinmark – or runemark, as he calls it – is a sign of Chaos blood, magical powers and gods know what else…

Now, as the Order moves further north, threatening all the Worlds with conquest and Cleansing, Maddy must finally learn the truth to some unanswered questions about herself, her parentage, and her powers.

I really enjoyed The Gospel of Loki, which seems to be a precursor to the Runemarks series, and picked this book up awhile back.  I really love mythology and The Gospel of Loki, coupled with Neil Gaiman’s recent Norse Mythology, have introduced me to a marvellous new world and culture.  The sequel to Runemarks has just been released in hardback, so now seems like the perfect time to pick this book up.

All Our Wrong Todays by Elan Mastai

So, the thing is, I come from the world we were supposed to have.

That means nothing to you, obviously, because you live here, in the crappy world we do have.

But it never should’ve turned out like this. And it’s all my fault – well, me and to a lesser extent my father.

And, yeah, I guess a little bit Penelope.

In both worlds, she’s the love of my life. But only a single version of her can exist.

I have one impossible chance to fix history’s greatest mistake and save this broken world.

Except it means saving one Penelope and losing the other forever – and I have absolutely no idea which to choose . . .

I saw Elan Mastai at an event with the lovely Katie Khan in which they discussed their very different takes on the future.  Mastai’s book takes place in two worlds: the 2016 that mankind envisioned in the 1950’s and our 2016.  Our Hero lives in the fantastical and futuristic version of 2016, but finds himself in a dystopic version of the same year — our world.  I absolutely love the idea that we’re living in a dystopia, and this unique take on the popular sci-fi genre really drew me in.

The Amber Spyglass and The Subtle Knife by Phillip Pullman

The extraordinary story moves between parallel universes. Beginning in Oxford, it takes Lyra and her animal-daemon Pantalaimon on a dangerous rescue mission to the ice kingdoms of the far North, where she begins to learn about the mysterious particles they call Dust – a substance for which terrible war between different worlds will be fought…

You may remember me reading Northern Lights/The Golden Compass for the very first time earlier this year in anticipation of Pullman’s new book.  I’m sad to say that I haven’t gotten around to finishing off the trilogy yet!  I’d really like to have these done by the time The Book of Dust comes out in October.

In 1876 Sophia Duleep Singh was born into Indian royalty. Her father, Maharajah Duleep Singh, was heir to the Kingdom of the Sikhs, one of the greatest empires of the Indian subcontinent, a realm that stretched from the lush Kashmir Valley to the craggy foothills of the Khyber Pass and included the mighty cities of Lahore and Peshawar. It was a territory irresistible to the British, who plundered everything, including the fabled Koh-I-Noor diamond.

Exiled to England, the dispossessed Maharajah transformed his estate at Elveden in Suffolk into a Moghul palace, its grounds stocked with leopards, monkeys and exotic birds. Sophia, god-daughter of Queen Victoria, was raised a genteel aristocratic Englishwoman: presented at court, afforded grace and favor lodgings at Hampton Court Palace and photographed wearing the latest fashions for the society pages. But when, in secret defiance of the British government, she travelled to India, she returned a revolutionary.

Sophia transcended her heritage to devote herself to battling injustice and inequality, a far cry from the life to which she was born. Her causes were the struggle for Indian Independence, the fate of the lascars, the welfare of Indian soldiers in the First World War – and, above all, the fight for female suffrage. She was bold and fearless, attacking politicians, putting herself in the front line and swapping her silks for a nurse’s uniform to tend wounded soldiers evacuated from the battlefields. Meticulously researched and passionately written, this enthralling story of the rise of women and the fall of empire introduces an extraordinary individual and her part in the defining moments of recent British and Indian history.

What I just posted is the exact opposite of  a short description, but I think that Sophia Duleep Singh’s story is just fascinating.  I’ve been wanting to read this book ever since I heard the Stuff You Missed in History Class podcast episode covering her and her life.  She’s one of those names that should be so well known today, but I had never heard of her.  I spent ages tracking this book down and now that I have it, I haven’t read it yet!

That’s it for this week!  Have you read any of these?  What’s lurking on your shelf that you haven’t read yet?   Let me know!